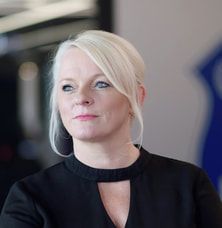 In 2010, after 16 years in the education and third sector, Denise was appointed CEO of Everton in the Community and spearheaded the transformation of the Club’s official charity into an internationally acclaimed organisation.

Through her vision and expertise, the charity now delivers over 40 programmes, using the power of sport to motivate, educate and inspire some of the most vulnerable and hard to reach people, improving their life chances.

Under her leadership, Everton in the Community was awarded A ‘Big Society Award’ from then-Prime Minister David Cameron. She was also the visionary behind Everton becoming the first Premier League football club to receive government approval to open a Free School - the Everton Free School and Sixth Form College.

She also secured a £7.5million commission contract to deliver the National Citizenship Programme, a £1.2million Big National Lottery Fund contract for youth engagement initiatives and an £850,000 grant for a flagship ‘community hub’ adjacent to Goodison Park – accomplishments that have contributed to the charity receiving over 100 local, national and international awards in the last decade.

Denise’s success with the charity resulted in her taking on a greater role within Everton. In 2011 she was appointed Chief Operating Officer, before being promoted to Deputy Chief Executive Officer in 2012.

In 2016 Denise was appointed to Everton’s Board of Directors and, in June 2018, became the Club’s Chief Executive Officer. Denise also serves as Chair of the Board of Trustees for Everton in the Community.

Denise’s work for the Club and charity has earned her the status as one of the Premier League’s most respected figures. This was underlined in 2014 with the award of an MBE from Her Majesty Queen Elizabeth II for ‘services to the Merseyside community’. In 2015 she received an ‘Outstanding Achievement’ award at the Stadium Business Awards.

At the 2017 Football Is More Conference in Switzerland – staged to shine a light on ‘outstanding social achievements of clubs, role models and charities’ – she was presented with the Lifetime Role Model award in recognition of her ‘excellent life-long commitment to a social cause’.

Other roles away from Everton include Chair of the 2021 Special Olympics GB Summer Games and Chair of the Transport Commission aiming to bring a new rail station to Liverpool.

Previously, Denise served as a Board member for Sport England, Deputy Chair to the Liverpool Commonwealth Games Advisory Board and acted as a Non-Executive Director and Vice Chairperson of British Canoeing, the body responsible for the UK Olympic and Paralympic rowing teams.

In her spare time, Denise enjoys walking, reading and theatre.