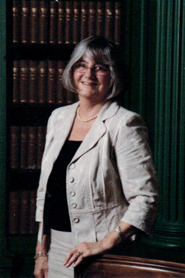 Mrs Pamela Brown
Pamela Brown has lived all her life within what is now called Merseyside and has been involved in so many diverse ways within the voluntary sector. She has also raised a family and returned to the 'job market' after becoming a widow at quite a young age.

On return to employment she became a senior consultant in socio-economics, working on many projects of regeneration within the public, private and voluntary sectors. This took place locally, regionally, nationally and internationally.

In recent years Mrs Brown worked for a private company as a senior consultant in socio-economics, carrying out many feasibility studies for government, and the public, private and voluntary sectors regarding inward investment.  On leaving this role she was then for some years employed as the Chief Executive of the Athenaeum, one of the two remaining private members' clubs in Liverpool.  Within the Athenaeum is housed one of the the finest privately owned libraries (over 60,000 books) in the country.  The institution is over 200 years old and it has been a challenge not only to keep its history and traditions alive but also to run it as a viable business.

Pamela Brown's spare time is mostly spent on involvement in the maritime sector in a voluntary capacity, not only raising the profile of maritime charities, but also fund-raising under the red, white and blue ensigns.  She believes particularly in the importance of public awareness of the role of the Merchant Navy in time of war and the sacrifices made by the men and women who have served. For all her work over many years, and still ongoing, with regard to promoting the Red Ensign to a level of awareness with the white and blue ensigns, she was awarded the Merchant Navy Medal in 2012.

She is chairman, director, trustee or committee member of many organisations, as well as  being consulted frequently by many organisations across the country on maritime events, such as those dealing with service memorials, the legal structure for many maritime charities, the Mersey River Festival, the movement of ships for preservation, the Mersey Mission for Seafarers, the Liverpool Seafarers' Centre, Friends of the Sea and 'Chance of a Life Time'.  She is the RN and RM charity agent for public events involving Her Majesty's Royal Marines Band and many more.

She was appointed to the Most Excellent Order of the British Empire as a Member (MBE) in the Queen's Birthday Honours List 1999 for services to the Friends of the Merseyside Maritime Museum.  She was gazetted a Serving Sister (now Member - MStJ) of the Most Excellent Order of St John of Jerusalem in 2007 and was commissioned as a Deputy Lieutenant in Merseyside in 2010.

She is a Governor of Hugh Baird College, Bootle.

Mrs Brown has a great love of the arts and music, contemporary dance, gardening, cooking, sailing, reading non fiction and her family - in no particular order!