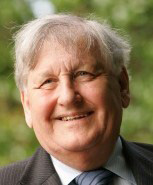 Len Collinson landed on Merseyside in 1965, via Plessey Telecommunications.  He created (1971) Collinson Grant Group, international management consultants; and started three other businesses, one is a forest in West Wales.  He was chairman for six years of the Private Sector Partners (120,000 businesses with 1.2 million employees), and was national executive chairman for The Forum of Private Business from 2004 to 2008, was a director/trustee of Mission in the Economy (Merseyside) and joint-founder of Salford Foundation.  Len was an honorary fellow and professor at University of Central Lancashire, was a blinkered fan of Liverpool Football Club . . . and Grimsby Town.