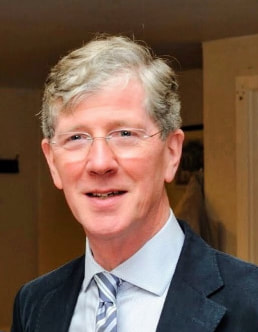 Hugh Daglish was born in 1950  in Oxton and went to Birkenhead School. In 1969 he joined Britannia Royal Naval College Dartmouth as a Cadet Royal Navy.  From 1973 to 1978 was a Junior Officer in HM Ships Fife, Ark Royal and Kent, serving in the Far East, the Mediterranean, the Atlantic and the Baltic. From 1978 to 1979 he was a Navigating Officer in HMS Ashanti, operating in the North and South Atlantic. He navigated her 26,000 miles to the Falkland Islands and back, using a sextant and dead reckoning - high on his personal list of naval experiences!

From 1980 to 1982 Hugh was a Warfare Officer in HMS Birmingham protecting British Merchant ships in the Gulf during the Iran/Iraq war and in the South Atlantic just after the Argentinean Land Forces surrendered.  From 1983 to 1985 he was the Senior Warfare Officer in HMS Illustrious, the British flagship in the NATO Striking Fleet Atlantic at the height of the Cold War, mainly in the North Atlantic and occasionally the Arctic and in 1986 attended the Royal Naval Staff Course at Greenwich.

In 1987 he served on the Staff of Flag Officer Sea Training, and promoted to the rank of Commander, training newly commissioned Officers at the Royal Naval Staff College Greenwich.  From  1989 to 1991 he was Captain of HMS Newcastle and brought her from the Falkland Islands round Cape Horn and up the Pacific coast, then operated in NATO roles in the Eastern Atlantic, and in the Caribbean on drugs traffic interdiction and guard ship duties for UK dependencies.

Hugh experienced the fiercest storm of his 25 years at sea, in the English Channel, with winds over 100 knots, seas over 80 feet high and visibility 100 yards in the spume blown off the wave tops.  He managed to get her undamaged to the lee of the Isle of Wight and safety.   From 1991 to 1994 he worked at the Ministry of Defence in Whitehall, writing operational concept papers – an enormous change from being a Destroyer Captain!

From 1994 to 1996 Hugh was the Commander in HMY Britannia for Her Majesty the Queen’s state visits to Russia and South Africa, both very moving experiences and but then had the dismal task of preparing for decommissioning.  In 1996 Her Majesty appointed him a Lieutenant of the Victorian Order for this service.

From 1996 to 1998 on promotion to Captain, Hugh was responsible for infrastructure matters across Naval Home Command training establishments.  From 1998 to 2000 he was Director of one of 4 divisions of the newly formed Joint Service Advanced Command and Staff Course, for mid-career Navy, Army and Air Force officers, British and foreign.

From 2001to 2005 other appointments included: Director of Naval Physical Training and Captain of HMS Temeraire, a shore training establishment, Lead officer for NATO Intelligence reform, serving in Virginia USA. For once his wife, Valerie, was not left at home but went to America too.  Both enjoyed their time in USA very much.   The challenge was to persuade 26 national delegations that his proposals for adapting NATO intelligence to the post-Cold War world were sound.  It took a long time!

Captain Daglish completed 36 years active service in the Royal Navy on 5th November 2005, and moved from the south coast to West Kirby for a new phase of his life.  This new phase included: a house letting business: becoming a Magistrate, a role in which he often heard described the chaotic, dire lives of many people and setting up the West Kirby Working Group to persuade Wirral Borough Council to do public consultations more effectively.  In 2010 he joined two council-led projects on the subject.

In addition, Hugh initiated, and since chaired, the Friends of Victoria Gardens in West Kirby, was the Founding Trustee and Chairman of the Guillemot Trust for 6 years, and since 2017 the president, and he chaired the St Bridget’s Centre Appeal in its last year.  He has often been invited to talk about his time in the Royal Yachtraising over £4,000 for the St Bridget’s appeal and over £10,000 for the Merseyside Branch of the Soldiers’ Sailors’ Airmen’s Families’ Association (SSAFA).  In 2014 he was appointed Vice Chairman of SSAFA Merseyside; in 2015 elected Deputy Chairman of the Wirral Bench and in 2016 Deputy Chairman for the newly formed Merseyside Bench with responsibility for the Wirral magistrates.

In 2013, Valerie and he celebrated 40 years of marriage, albeit much of it apart and have 2 married sons, one in Australia, and 5 grandchildren.

Hugh was commissioned as a Deputy Lieutenant of Merseyside in 2015.