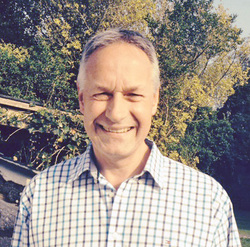 The Reverend David Eastwood DL
David Eastwood was born in Northamptonshire and educated at Wellingborough School before studying law at the University of Newcastle upon Tyne. He was admitted as a solicitor with Tollers, a Northamptonshire firm of solicitors’ and went on to become a Family Law Specialist and Advanced Family Law Mediator. In 1985 he became a Partner and Head of Family Law. He was later made Managing Partner of the law firm.

David was an active member of the Northamptonshire Law Society and was its President from 2000 to 2001.

David has always been very involved in the life of his local church and in 2006 retired from law to retrain as an Anglican clergyman. He studied at Ridley Theological College, Cambridge, and then moved to the Diocese of Liverpool in 2008, where he was made a Deacon in 2008 and ordained Priest in 2009. He began as an Assistant Curate in Westbrook, Warrington, and then moved to take up the position of Team Rector at the Parish Church of St Helen, St Helens, where he remains. He became Assistant Area Dean in 2013 and Area Dean and Honorary Canon of Liverpool Cathedral in 2014.

David is passionate about the church being thoroughly involved in the community and has very close links with Parish Church Primary School, where he is a Governor. He is also a member of the Local Strategic Partnership Board of St Helens Borough Council. David has begun a networking initiative in St Helens, Network 72, which is particularly aimed at business and professional people, providing an opportunity to meet together socially and hear leading speakers speaking on a range of topics from a Christian perspective.

David is married to Monica, a former teacher of Modern Foreign Languages, and they have two daughters, Beth and Kathryn, who live and work in Sheffield.
David enjoys golf, which he took up late in life, and also walking, running and going to Cornwall, where he and Monica have a house to which they escape from time to time.