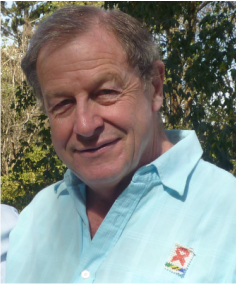 William Fulton
William Fulton JP DL FCA, his wife, Gail and their three children, Mary, Laura and George, were all born and brought up in the County of Merseyside.

He qualified as a chartered accountant in Liverpool. After working in Tanzania, as a VSO volunteer between 1968-70, he spent the rest of his working career until 2003 in his family company, which grew to seven manufacturing businesses, headquartered in the County.

He served on the board of the Liverpool Playhouse for 24 years and was Chairman between 1988-91. He established and chaired the Henry Cotton Memorial Fund to honour the memory of the former Lord-Lieutenant. The Fund provided bursaries to train 44 young actors, musicians, dancers, playwrights and theatre technicians from Merseyside.

He was chairman of Liverpool Charity and Voluntary Services for ten years, during which time the governance structure was completely overhauled. He served as a trustee for 17 years.

He served as chairman of the Liverpool School of Tropical Medicine between 1997 and 2002. During this time, the current management team of the School was recruited. This team has led the School to become a Higher Education Institute. He is currently a Vice-President of the School.

His association with the Liverpool School of Tropical Medicine sparked an interest in the overwhelming problems of orphans in Africa, as a result of the HIV/Aids pandemic. In 2003, he and his wife, Gail, founded The Mango Tree Orphan Support Programme, which provides community-based support to orphans and their communities in southern Tanzania and western Kenya. The Mango Tree helps to improve the livelihoods of these communities and helps with the education and healthcare costs of orphans, who would otherwise remain as subsistence farmers. To date, over 25,000 young people have been supported and this has produced several trained doctors and nurses, many engineers, architects, accountants, bankers and lawyers, as well as hundreds of teachers, carpenters and computer technicians as well as many trained on other skills and disciplines. The Mango Tree has also invested in building a vocational training college for 900 students in southern Tanzania, which he chairs.

William Fulton is a Vice-President of the Institut Pan-Africain du Santé Communautaire in the Ituri Province of the Democratic Republic of Congo. He founded and chairs The Forum of African Orphans, a loose association of UK charities, who share best practice in providing community-based support to orphans and street children in sub-Saharan Africa. He is the chairman of the Britain-Tanzania Society, which fosters friendship and good relations between the governments and peoples of Tanzania and the United Kingdom.

He was a trustee of Uppingham School for sixteen years and was vice-chairman between 1990-2003.