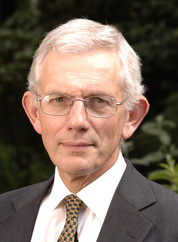 After training in Cambridge, London and the USA, he moved to Liverpool as a Consultant in 1980, where he has enjoyed working ever since.  His specialty interest is liver disease. He is past president of the Royal College of Physicians (RCP) and the British Society of Gastroenterology.  He was chairman of Liverpool Health Partners, an organisation created between the University and the teaching hospitals in Liverpool to promote an Academic Health Science System in order to foster academic innovation, education and service development in the region. He has particular interest in health harms related to alcohol misuse and the role of regulation in reducing this.

He was commissioned as a Deputy Lieutenant of Merseyside in 2010 and, received a Knighthood in the Queen’s Birthday Honours List 2010