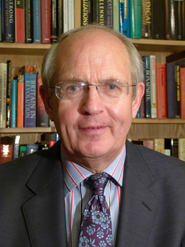 His career has been spent in law; he was Managing then Senior Partner 1989-2001 of the Regional firm now known as Brabners Chaffe Street.  He was closely involved from late 1970s in development of use of information technology and practice management in the legal profession. The practice client base included private clients, housing associations, charities and a wide range of organisations working for  public benefit. Activities included development of good practice in governance for organisations trading for public benefit. He was involved in national and local professional activities and was President of Liverpool Law Society in 1990-1.

He has a number of active roles in the charitable sector, including assisting community organisations in north Liverpool and Liverpool 8, with the emphasis on 'education' as broadly defined and human aspects of urban renaissance, and in making grant assessments for a major charitable trust.

He is a Keen artist, walker and traveller.  He was appointed a DL in 1992.

Lawrence Holden lives in Birkenhead and has been married to Rosemary for 44 years enjoying life with 3 children and 7 grandchildren.