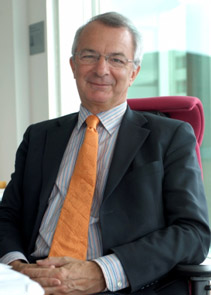 Sir Howard has written several books on social change in rural England and eventually became Rural Development Commissioner. In the 1980s he was seconded to the BBC to work on the Domesday Project which celebrated the 900th anniversary of the Domesday Book, using what was then considered to be state-of-the-art information technology. In 1988 he was appointed as Chairman of Economic and Social Research Council which funds research in Social Sciences.

Sir Howard is married to Sheila; Lady Newby and Sir Howard have four grown-up children. He is a life-long supporter of Derby County Football Club and has held an equally life-long interest in railway history. Until 2015, he chaired the Board of the National Railway Museum and was a Trustee of the Science Museum Group.