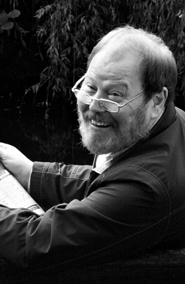 Roger Philips DL
Roger Phillips was born in Manchester, went to Cambridge University, arrived in Liverpool as an actor in the early 70s to join the Everyman Theatre - and fell in love with the city. He subsequently worked as a hackney cab driver, before falling by chance into local radio (BBC Radio Merseyside) in 1978, where he presents a daily phone-in programme.

He's an official Ambassador for the Guides Association, a patron of many organisations, including Sundowns (Supporting Understanding Needs of Downs Syndrome), the Roy Castle Lung Cancer Foundation, and The Brain Charity; former board member of The Reader Organisation and the Liverpool Everyman and Playhouse Theatres; and a board member of Bradbury Fields (formerly the Liverpool Voluntary Society for the Blind).

His broadcasting abilities have been recognized on many occasions as the winner of countless awards, including, in 2000, being named "Sony Speech and Talk Broadcaster of the Year", beating Radio 4's John Humphries, Peter White and the Woman's Hour team and Radio 5 Live's Andrew Neil.

​In 2009, he was appointed a Deputy Lieutenant of the County of Merseyside.  In 2012, he was given a Lifetime Achievement Award by the Radio Academy.  In 2013, he was appointed Visiting Professor in Broadcast Journalism at Liverpool Hope University.  In 2018, he was awarded Citizen of Honour by Liverpool City Council.