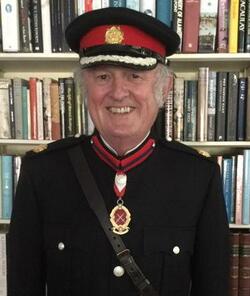 Following graduation he became a lecturer and tutor in law at the University of Liverpool and thereafter practised as a barrister on the Northern Circuit for 23 years with chambers in Liverpool. In 1993 he became a Circuit Judge sitting in Manchester, Bolton and Liverpool and at the Old Bailey.  He retired in 2012.

He is married to Mary and between them they have 5 married children and 9 grandchildren.

His Honour John Roberts was commissioned as a Deputy Lieutenant of Merseyside in 2016.  He was appointed High Sheriff in Merseyside in April 2020 for the year 2020-21.