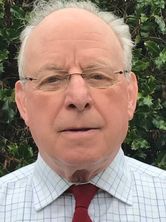 Commodore Roderick Walker
Roderick Walker was Senior Partner  FCA Langtons  Chartered Accountants Liverpool from 1962-94.  He has been Chairman Archibald Bathgate Group and Bathgate Silica Sand Ltd from 1965 to the present.

He was appointed Commodore of the Royal Naval Reserve 1991-93 having joined the Royal Navy in 1957 for National Service.

Commodore Walker was Chairman of the Liverpool John Moores University 2003-2007, having been a Governor from 1995.  He was the Chairman of the Clatterbridge Centre for Cancer 1994-98 and a Trustee of the Roy Castle Lung Cancer Fund from 1995-2003.

He was appointed Deputy Lieutenant in 1988 and High Sheriff of Merseyside in 1993-4.