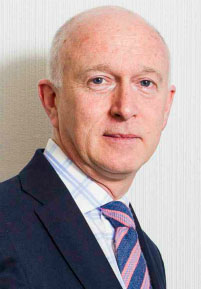 Professor Nigel Weatherill DL
Nigel was born in Cleckheaton, Yorkshire and attended Whitcliffe Mount Grammar School. He was an undergraduate and postgraduate at the University of Southampton where he read Mathematics and Aeronautics and obtained a PhD in the Department of Mathematics for his work in magnetohydrodynamics. After leaving Southampton, he joined the Research Team of the Anglian Water Authority where he developed mathematical models to predict water quality in rivers and estuaries, before moving to the aerospace sector to undertake research on compressible high-speed flows at the Aircraft Research Association, Bedford. In 1986 he was a Research Fellow in the Department of Mechanical and Aerospace Engineering at Princeton University, USA. In 1987 he joined Swansea University where he held a variety of posts including Head of the School of Engineering and Pro-Vice-Chancellor (Research). In May 2008 he was appointed Pro-Vice-Chancellor and Head of the College of Engineering and Physical Science at the University of Birmingham. In September 2011 he took up the position of Vice-Chancellor and Chief Executive Officer of Liverpool John Moores University.  He retired from this post in September 2018.

Nigel has undertaken research visits to many countries and was appointed Adjunct Professor at the US National Science Foundation Engineering Research Centre in Mississippi where he spent the year in 2001. For three years he was Scientist-in-Residence at the Institute for High Performance Computing in Singapore. He has over 300 publications in journals and conference papers. Between 1998 and 2011 he was the Co-Editor-in-Chief of the International Journal for Numerical Methods in Fluids published by Wileys. His main research interests are in high speed compressible flows of relevance to aerospace engineering, although he has also published work in the areas of electromagnetics, environmental modelling and bio-engineering.

He has worked with business and industry throughout his career, working with both large multi-national organisations and small companies in the UK and overseas. Whilst at the University of Birmingham he was the Executive Director of the National Higher Education (HE) STEM (Science, Technology, Engineering and Mathematics) Programme for England and Wales. The aims of the project were to promote and widen access to HE in STEM disciplines, innovative curriculum development and STEM skills for employment. He was also a member of the founding group that formed the Manufacturing Technology Centre (MTC) which is now part of the High Value Manufacturing Catapult.

Nigel was appointed as Chair of the Royal Liverpool Philharmonic in November 2015 and after a number of years as Vice-Chair, became Chair of the Liverpool Royal Court Theatre in October 2018. In March 2019 he was appointed as Chair, North West Advisory Board of the Canal and River Trust. He is a member of the Education Committee of The Middle Temple and is Chair of the Board of Crimestoppers for Merseyside. He is a member of Arts Council (North). In April 2016 Professor Weatherill was commissioned as a Deputy Lieutenant of Merseyside.

Professor Weatherill is married to Barbara and has two children, George and Laura. His interests include fly-fishing, hill walking and art.