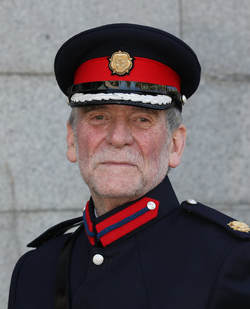 Born and educated in Ireland, Peter Woods’s family have had strong links with Liverpool since the turn of the last century.

Since 1970 he has been a director of Ryan Wood Antiques, located in the city centre and he has been ideally placed to observe the positive changes on the commercial and architectural landscape of Liverpool.

Peter Woods has always been involved with voluntary work, in particular with the Simon Community, Sue Ryder, Lodge Lane Credit Union, the Little Sisters of the Poor Homes for the Elderly and he has served as Chair of the Friends of the Tate.  He is currently the Chair of the Art Friends Merseyside and a Board member of Merseyside Building Preservation Trust, the Bluecoat Display Centre and the Rodney Street Association.  In addition, Peter is a Committee Member of the Historic Churches Committee for Diocese of Liverpool, Salford, Shrewsbury and Lancaster.
​
Peter Woods was appointed Deputy Lieutenant in 2010.